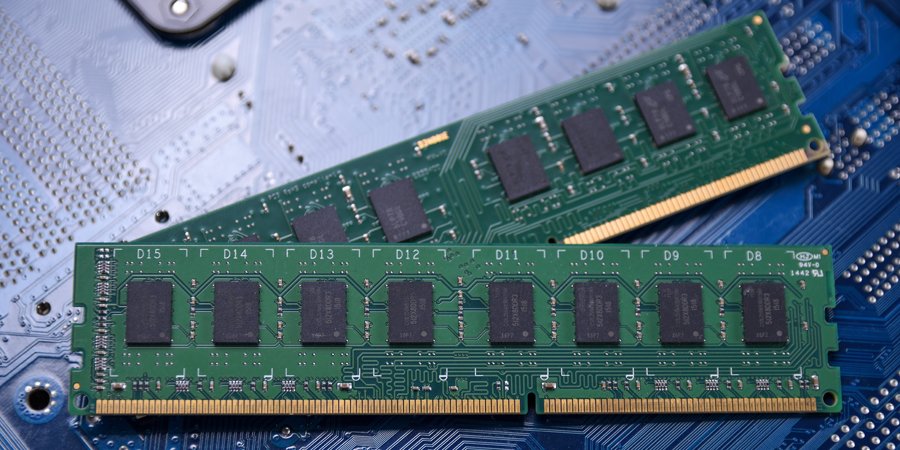 DDR3 vs. DDR4 Comparison: Which Is Better?

DDR3 and DDR4 are the most common system memories used in modern desktops, gaming computers, and laptops. These give your computer a temporary space to store and access data quickly. In short, the RAMs determine your computer’s speed and performance.

While these system memories are pretty famous, most regular users aren’t aware of their differences until it’s already time to purchase a new computer or replace an old model that has just retired.

So, suppose you’ve just found yourself in this situation. In that case, don’t worry if you don’t understand their differences because here’s a helpful comparison that can help you make a decision.

DDR3 vs. DDR4: What’s the Difference?

A quick glance at the DDR3 and DDR4 modules can leave you confused. After all, they look somehow similar, but those more familiar with the technical aspects of computers can identify the two system memories just by appearance since they aren’t actually identical.

However, the most significant difference between DDR3 and DDR4 lies in their data transfer rates. In this case, the DDR3 is third-generation system memory, which makes it an improved version of DDR2, a predecessor system used in older computers.

As a result, computers with DDR3 RAM have faster processing speeds than their counterparts with DDR2 or older versions. Its data transfer rates range from 800-1600 mega transfers per second.

On the other hand, the DDR4 is an upgraded version of DDR3. Therefore, this 4th generation RAM has higher processing speeds than DDR3. Its data transfer rates range from 2133 to 3200 mega transfers per second.

Given that, many manufacturers now use the higher memory capacity DDR4 in computers designed to handle professional computing tasks like gaming, software engineering, and video editing.

Although designed to form a similar function, both RAMs refresh in varying styles. In this case, the DDR3 uses both auto-refresh and self-refresh modes, while the fourth generation DDR4 uses auto-refresh.

So, what’s the difference between the two modes of refreshing? The auto-refresh algorithm is generated by a command from the RAM’s refresh control. So, the controller is set to refresh after a predetermined period.

In the self-refresh mode, the memory system uses its clock to refresh content. The clock activates the refresh command only when necessary—the primary reason the DDR4 is energy-efficient. With this, they don’t waste energy on refreshing unnecessarily.

When you run a quick search online, you’ll realize that DDR3 is now considered outdated. It was used in desktops and laptops manufactured from 2007 to around 2012 when DDR4 was designed to replace DDR3.

However, since 2012, when DDR4 was first introduced, many manufacturers have stopped using DDR3. Why? DDR4 is supposedly better since it consumes less power and offers excellent processing speeds.

However, this doesn’t mean that DDR3 is already obsolete. In fact, its performance is still considered decent in today’s world. DDR3 computers can manage light to medium gaming, graphic design, streaming, and non-professional computing tasks.

Despite its high processing speeds, DDR4 consumes less power than DDR3 and its predecessors. This type of memory runs on a power interface of 1.2 volts, while DDR3 RAMs have an operating voltage of 1.5V.

As a result, computers running on a DDR4 system memory consume less power than those running on DDR3. This is because the latter mainly because it uses both the auto-refresh and self-refresh algorithms.
Nevertheless, the difference in power consumption is considered minor. So, it shouldn’t be something that discourages you from buying a computer running on DDR3.

DDR3 has a maximum memory capacity of 8 gigabytes per module. Because of this, you will need to load several DDR3 modules into your computer to get a decent RAM size. This is primarily why DDR3 computers are only ideal for less demanding computing tasks like gaming, browsing, creating videos, storing personal information, streaming, etc.

Meanwhile, the 4th generation of DDR has a limit of 64 gigabytes per module. The larger capacity per module lets you crank your computer’s memory size with a few DDR4 RAM modules. This is actually why DDR4 computers are considered the favorite pick for more professional tasks.

For instance, a 4GB DDR4 stick costs around $15-25, while a similar DDR3 stick costs only approximately $10-15. However, the current price difference between these two types of RAMs isn’t as noticeable anymore.
This is because the demand for DDR4 RAMs is now decreasing since computer manufacturers are starting to eye the next-generation DDR5, which is said to be better than both the DDR3 and DDR4.

With its tremendous processing speeds, a computer with DDR4 RAM would be better for professional use and more demanding tasks. It’s designed to handle tasks like software development, heavy gaming, video editing, and other complicated computing tasks without issue.
Still, if you’re still unsure which one to go for, you can always go with what’s readily available. In this case, since most people feel the DDR4 is superior to the DDR3, you’ll find computers running on DDR4 more easily than ones with DDR3.