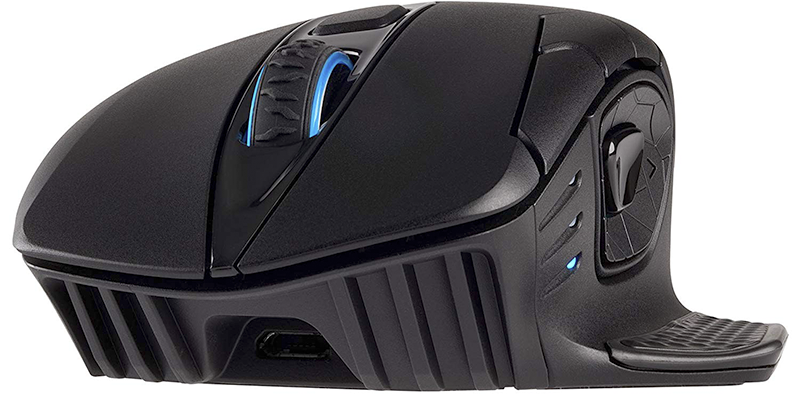 Not too long ago, wireless mouse users were outliers in the PC gaming community. Any ‘serious’ gamer would shutter at the notion of using a wireless mouse. Countless people have reported many issues with latency, finicky connections, batteries, and all around second-rate quality caused many to see wireless gaming accessories as useless novelty items.

Recent advancements, however, have us at a point where wireless gaming mice coupled with gaming mouse pads can perform every bit as well as their wired counterparts. As is the case with most bleeding-edge technology, unfortunately, the barrier to entry is a high price tag. For example, you’ll pay well over $120 to own a-top-of-the-line wireless mouse from Logitech or Razer.

More recently, other manufacturers such as Corsair have started to produce alternative products that inherit many of the standout features of top-tier mice, while maintaining affordability. In this article, we’re going to highlight Corsair’s Dark Core RGB SE wireless gaming mouse, one of the best budget mice on the market.

The Dark Core is an all-around very impressive mouse. This device delivers all the fantastic features of more expensive mice such as the Logitech G903 while avoiding the staggering prices. At $70, the Corsair Dark Core isn’t exactly a giveaway, but you’re not forced to trade an arm and leg either. People who are looking for a quality mouse at a reasonable price should make the Dark Core one of their top picks. 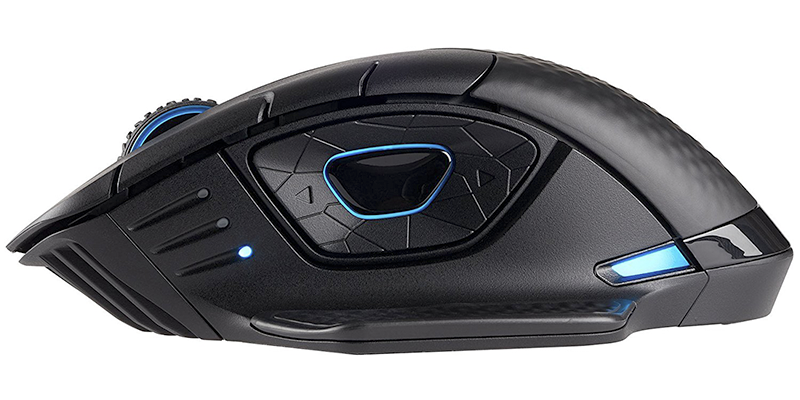 We first became fans of Corsair products after falling in love with their M65 Pro wired mouse. It was an all-around great daily mouse for computer users and casual gamers like some of us. It is easy to use, especially if users have experience with other gaming mice.

After becoming very comfortable with the M65 over the course of a year or so, many people were slightly taken aback when they first got their hands on the Dark Core. Upon unboxing, the first thing users noticed was its large size and beastly silhouette. The mouse would probably be considered “massive” now, but it comes with some great features at an affordable price.

Whether the size is a pro or con depends on your preference, as some gamers feel more confident with heavier mice. One can only deduce that the Dark Core’s bulky size is a result of it being a pioneering product for the company. While companies like Logitech and Razer have been experimenting and perfecting wireless mice for years, the Dark Core is Corsair’s first ever wireless mouse to hit the market. With time, Corsair is expected to come out with even better models.

Although Corsair is a latecomer, the company is leading the pack when it comes to its innovation implementation of the Qi wireless charging standard. This is exciting news because too many peripheral manufacturers are choking the wireless charging revolution. Many of them are releasing products that support wireless charging, however, you’re forced to buy their proprietary charging pad, else you’re stuck with wires.

Corsair is rolling out this game-changing technology with a charging pad of their own, no doubt. But in effect, if you put your Dark Core mouse near your Apple Watch charger, nothing happens; if you do the inverse with your watch and Corsair’s charging pad, your watch will charge. The same goes for other Qi-enabled smart devices such as iPhone X and Galaxy 8. 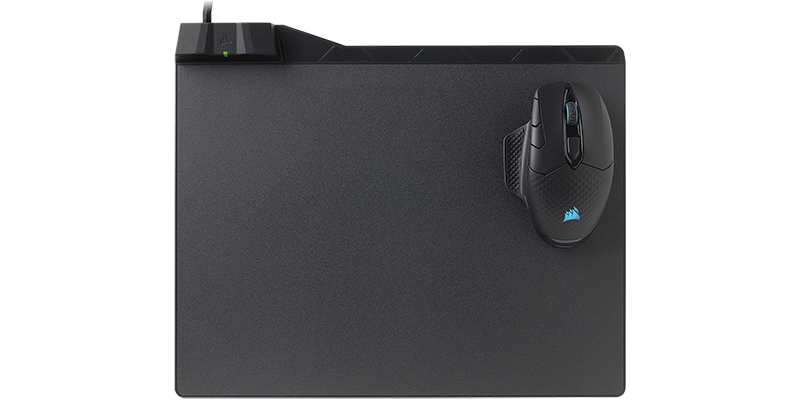 As easy as it is to use the company’s wireless charger, admittedly, understanding the various buttons and overall interface of the Dark Core RGB SE wasn’t so straightforward. Compared to the sleek, minimalistic M65 some people have grown attached to, the Dark Core is busy. It is easy for new users to be a bit overwhelmed at first, but with time it gets much easier and doesn’t seem so intimidating anymore.

On the surface, there seems to be more buttons, switches, and doodads than most gamers will ever need. Aside from the two most obvious mouse buttons, the Dark Core also features a profile switch button, DPI button, Light indicator button, a “sniper” button, and a few others. Surprising, the buttons are spread out in a manner that doesn’t cause any unwanted presses.

The one downside, however, is the sniper button. It allows you to preprogram a different DPI sensitivity than your mouse is already set to measure. If used strategically, you can achieve more accurate shots under certain gameplay situations. The caveat, however, is the button’s placement. For some reason, Corsair placed this button between the front and back buttons, and this makes pressing them both at the same time impossible. It also requires some users (depending on hand size and grip position) to readjust their grip in order to press the topmost of the three buttons.

Corsair’s Dark Core SE delivers a remarkable 1000Hz polling rate via a 1ms 2.4GHz connection. When it comes to DPI, the max is a staggering 16,000! Needless to say, this mouse is vengeful when it comes to handing out death sentences in games – figuratively speaking, of course.

What will you be doing with your Dark Core? Fine-tuned flick headshots? No problem. Wild, erratic movements? A piece of cake. In closing, the good people from Corsair have produced an overall good mouse. Yes, there are a few problem areas that can be improved upon in the next generation, but considering the price and the all the positive features, many techies would highly recommend it.